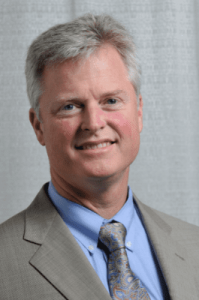 Dr. Woodbury has had a life long interest in weight loss and wellness including the treatment of the disease of obesity. He trained in bariatric surgery at Scripps Mercy Hospital in San Diego, CA in the early 1990’s. Over the past 15 years he has built the thriving bariatric program in Santa Rosa. Today, it holds the highest level of accreditation from the MBSAQIP program of the American College of Surgeons, and the American Society for Metabolic and Bariatric Surgery.

In addition to patient care, Dr. Woodbury teaches resident physicians at Sutter Santa Rosa. Every first-year resident rotates through his curriculum. He has received an award for his article on Emerging Concepts of Obesity (link to this article). For many years he has been an educational speaker for conferences and meetings of physicians and providers.

Dr. Woodbury graduated from medical school at the Uniformed Services University, and completed surgical residency training at Naval Medical Center San Diego in 1999. There, he was appointed Assistant Professor of Surgery and began training new surgeons in 2002.

During his sixteen years serving in the Navy he was stationed at naval medical centers in Bethesda, San Diego and Camp Pendleton, CA. He served in the First Marine Division and in Fleet Surgical teams in support of combat operations in Afghanistan and Iraq. He left active service in 2004.

Dr. Woodbury has had extensive training in both laparoscopic surgery and bariatric surgery. During his residency, he trained with Pacific Bariatric in San Diego, performing Roux-en-Y gastric bypass surgeries. He did additional post-residency training at Scripps Clinic where he further trained in advanced laparoscopy and GI surgery. His current practice is focused on bariatrics and cancer surgery, including the gastro-intestinal tract, anti-reflux surgery, pancreas and biliary surgery, spleen, hernia and melanoma.

He and his wife Barbara, the Director of the Healthy Steps Weight Loss Center, have lived in Sonoma County since leaving the Navy in 2004. 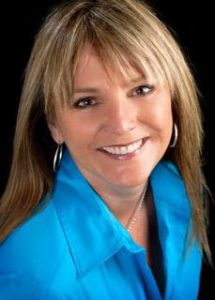 Barbara Woodbury is passionate about helping people find a path back to health through a new relationship with food, exercise and overall wellness. A native Californian, she received a Bachelors of Science degree from UC Davis. She has worked for many years as a sales rep and practice management specialist in many professions, including orthodontics and diabetes. Providing a fun and nurturing atmosphere for patients at Healthy Steps is very important to her. She lives in Sonoma County with her husband, Robert Woodbury, MD.